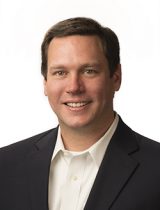 Asher has been part of the healthcare services team at ICR Westwicke since joining the firm in 2008. Over the past seven years, he has worked with companies in several areas of the healthcare service industry including: healthcare IT, skilled nursing, remote monitoring, post-acute care and managed care. In addition to supporting the clients’ ongoing investor relations efforts, Asher has guided his clients through three IPOs, ten secondary offerings, and five transitions from public to private ownership.

Prior to joining ICR Westwicke, Asher spent over a decade in equity research, focusing on all aspects of healthcare services including: healthcare IT, skilled nursing, pharma services and personal health/disease management. Asher began his Wall Street career with Raymond James & Associates in 1998 and was promoted to research associate covering the healthcare service sector in 2000.

In 2004, Asher joined Friedman Billings Ramsey to help build out their healthcare presence. With a continued focus on pharma services, healthcare IT, and skilled nursing, Asher expanded his coverage to include patient-centric care companies and healthcare REITs. During his time with FBR, his team received numerous recognitions, including StarMine #1 earnings estimator 2007 and 2006 and Asher was quoted in leading publications, for his work on the HIT industry. Asher was promoted to Vice President in late 2007 and was named the Pegasus Award winner for 2006 within FBR for his contributions to the firm.

Asher received his BS in Finance with honors and a minor in Economics from the Warrington College of Business from the University of Florida. He lives in Ellicott City, Maryland, with his wife and two children.

Consilium Healthcare - The @PMCPAUK has today published its Social Media Guidance, the first of its kind for the @ABPI_UK Code which gover… https://t.co/ACXPcneIRP